Association for the Study of Religion in Southern Africa (ASRSA) 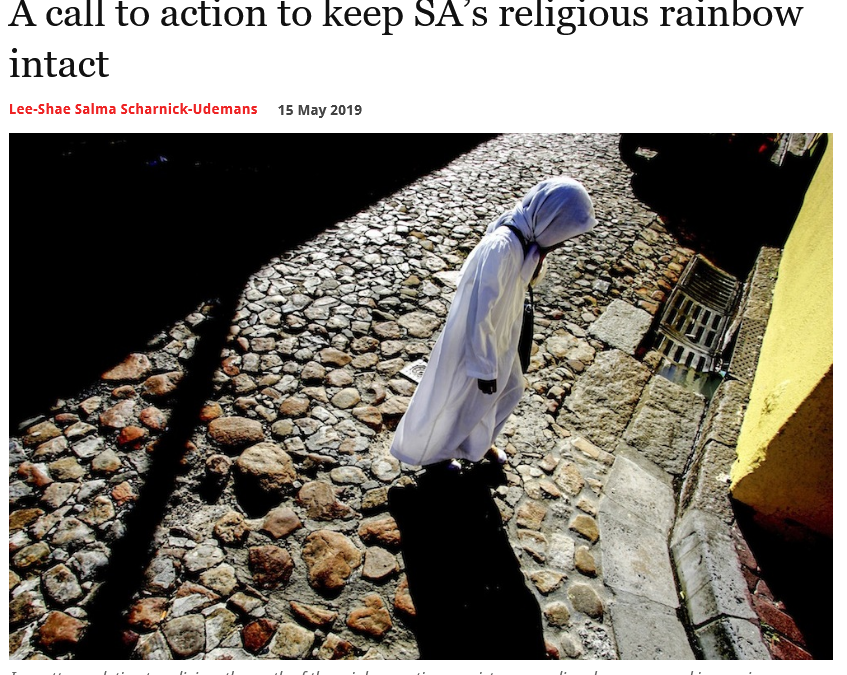 Source: May 15, Mail and Guardian

As part of the centre’s commitment to interrogating the ways in which religion is involved and implicated in a variety of uneven power relations in society, we consciously work to bridge the gap between academia and civil society in productive and thoughtful ways. To that end, Dr Scharnick-Udemans penned the following response to the debate about noise complaints against Zeenatul Islam mosque in Cape Town. The op-ed was featured in the Mail and Guardian, Cape Argus and a number of independent websites and media fora.

For about 100 years the Islamic call to prayer has sounded from the Zeenatul Islam Mosque in Muir Street, District Six, Cape Town, five times a day. This past week, for the first time in its history, the mosque was issued with an official complaint that characterised the sacred sound as a noise nuisance.

South Africa has been widely lauded for the plurality of its religious landscape and the peaceful coexistence associated with this diversity. For the most part, people of different religious persuasions live side by side in varying degrees of harmony.

Yet, these master narratives of peaceful religious coexistence both within and between religious groups, the state, and other actors that have dictated the image of religious diversity in South Africa obscure the very real and rising tensions and conflicts between and towards religious communities.

For the most part, the expiration date of the “rainbow nation” myth has been noted and accepted. Rainbowism has been thanked for its strategic utility at a crucial juncture in this country’s history, critiqued at length, and in the fervour of the decolonial turn in scholarship, abandoned in favour of a more nuanced exploration of the politics, poetics, meaning and management of difference in this still ever-new South Africa.

But in matters relating to religion, the myth of the rainbow nation persists, concealing dangerous and increasing intolerance towards religious differences.

Within the context of the mythical rainbow nation, where the constitutional precept of freedom of religion is wielded like a trident, enforcing justice and peace, the noise complaints against the azaan from the Zeenatul Islam Mosque have been met with shock. Some members of the public have characterised the complaints as ridiculous; others have called for greater tolerance to be shown to religious and cultural expression.

In one news report the complaint was minimised as “one grumble” in the 100-year history of the mosque. But we would be gravely remiss to underplay the seriousness of one complaint. Without first critically engaging with what appears to be a subtle yet sustained increase in the presence of thinly veiled anti-Islamic sentiments in South African public life, it would be reckless to allow the attention it is receiving to fade into the social media abyss, or to assign the responsibility of this passive-aggressive act of intolerance to the hubris of a lone individual.

Allow me to offer but one example of what I believe is becoming a disturbing tendency. A few years ago Christian consumers complained about the halaal symbol on hot cross buns. In response, citizens of various religious and secular persuasions expressed shock, and others called it ridiculous — there is nothing inherently Christian or biblical about this decidedly delicious pastry. In the end, Woolworths still offered a non-halaal option and every year at around Easter, we revive the story and share it like an urban legend, just slightly too ridiculous to be true and therefore nothing to be concerned about.

Today there is an organised campaign that advocates against the ubiquity of the halaal symbol on food goods in South Africa. The Christian Friendly Products movement has also developed its own counter-halaal food symbol and claims that it cannot be displayed side-by-side with the halaal symbol. This separatist food policy is echoed in the group’s views on Islam and the place of Muslims in South Africa.

Even more chilling are the numerous, overtly Islamophobic and explicitly hateful claims that are being made. As one piece of campaign material, easily downloaded from the internet, reads: “It may not be too far-fetched to assume that some of the South African ‘halaal money’ has already been used to finance terrorist organisations such as Hamas and Isis’s [Islamic State’s] unholy war against Christians and Jews. Using halaal money for terrorising and persecuting Christians in our own country may even become a reality much sooner than we may expect.”

These are worrisome accusations, not only because of their unsubstantiated, outlandish claims, but because of the fear-mongering they attempt to elicit. By no means does the Christian Friendly Products campaign represent all Christians, or even large numbers of Christians. Yet, as history has repeatedly taught us, numerical strength is but a crude indicator of support for a cause.

Riding on the back of the Zeenatul Islam Mosque issue are calls for greater tolerance, a return to the honeymoon phase of democracy and an invitation to follow the rainbow once more. Twenty-five years ago, it was easier to be optimistic that the monster was slain. We were free, and the possibilities were endless. A quarter of a century later, these calls for tolerance appear trite and futile.

In committing to an attitude of tolerance, we commit to exercising our ability and displaying our willingness to tolerate the existence of opinions or behaviours that we don’t necessarily like or agree with. Tolerance, however, is just the public face of intolerance. It is worn in polite company, but can be disregarded at a whim and frazzled by a perceived infraction or inconvenience, however minor.

Tolerance requires little engagement with or understanding of that which one has decided or been instructed to tolerate. Tolerance extends only so far as the tolerated does not offend my sensibilities and sensitivities too much. Tolerance, particularly when exercised by the powerful and the wealthy, carries the stench of unearned privilege.

I would argue that concepts such as understanding, appreciation and respect more accurately define the attitudes we need to cultivate in response to religious diversity.

In the midst of a crisis, hope springs eternal, and the defence of the Zeenutal Islam Mosque from individuals and communities across the religious spectrum has been heartening. It’s a clear and unconditional display of inter-religious solidarity. I am certain that in this case justice will prevail and the city will ensure that the mosque is able to carry out its activities without restriction.

To consider a law-based intervention a victory would be to tolerate the rainbow until the arrival of the next, perhaps even greater storm. The call to prayer has ironically and patronisingly elicited a call for tolerance. The storm over the azaan calls us to consider the precariousness of the religious rainbow. 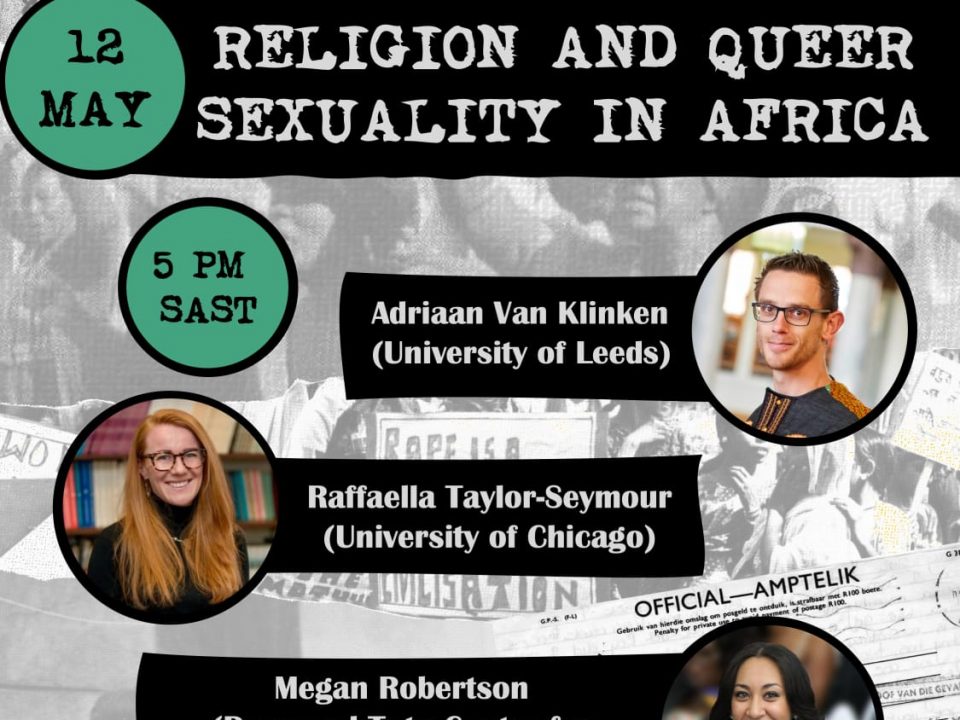